I had always planned on “KLONKO” and “Lord Harold” to be part of a much larger story. But for some reason, I killed off Klonko at the end of the book, without much resolution. I was in to that whole “Non-Hollywood” type of storytelling. As I go back and read the story, it’s not bad, but I really didn’t know what I was doing as far as writing visually went, and it shows. I should go back and fix it, and give you, the readers, a proper ending. I have a proper ending written, huge climax, Lord Harold gets his comeuppance, and, well, I’ll just save it.

Despite my lack of experience, people liked the story of Klonko, and wanted more. So I wrote the stand alone comic “Lord Harold”, describing the main villain’s motivation; that which sent him on his path of destruction. It was a hit! The mini comic sold out whenever I printed up some runs, and that kind of praise inspired me to do a sequel to the stand-alone Lord Harold comic, as I figured stories of his exploits before the events in the “KLONKO” book could be endless, should I choose it to be so. So I started to write a sequel, but only got 2 pages into it. Why? I think, whilst I was working on that, I was also doing my Tatertotdiaperman comics, which, as you well know, exploded in popularity and sent me down a path that I still travel today. I had forgotten about these couple of pages, and I wonder where I was going to go with the story. Who knows. Who cares? 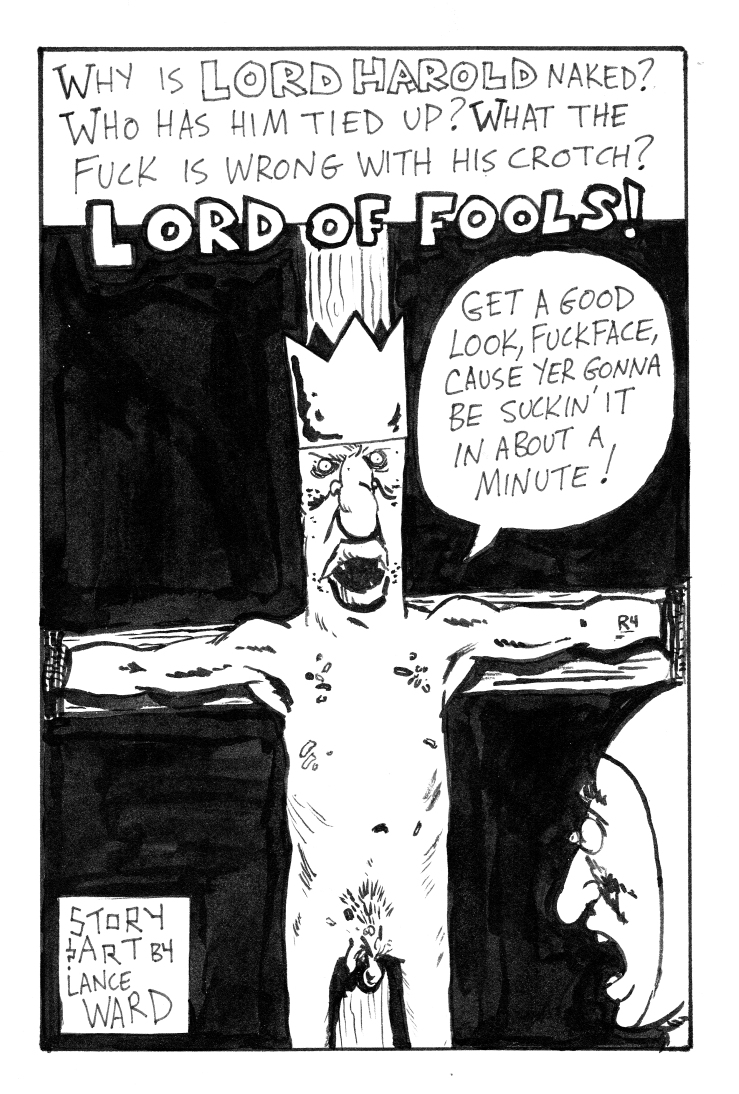 View all posts by thequince